The current influenza vaccine has been available for nearly two months now, but we are still noticing there are large numbers of patients and staff who have not yet been immunised.

Do we choose not to have it or are we too busy?

A harsh reminder that we are not isolated from the world here in New Zealand is that this year in Auckland, there have already been deaths from the flu. This is the very thing we are wanting to prevent, as well as trying to decrease the number of hospitalisations as a result of complications from the flu.

Yearly, influenza affects tens of millions around the globe and kills tens of thousands. For more information on statistics, the CDC (Centres for Disease Control and Prevention) is a great guide.

Not to be confused with a cold, influenza is a serious debilitating virus that has the potential to be lethal. Below is a great summary passage from the CDC:

“Flu and the common cold are both respiratory illnesses, but they are caused by different viruses. Because these two types of illnesses have similar symptoms, it can be difficult to tell the difference between them based on symptoms alone. In general, flu is worse than the common cold, and symptoms are more intense. Colds are usually milder than flu. People with colds are more likely to have a runny or stuffy nose. Colds generally do not result in serious health problems, such as pneumonia, bacterial infections, or hospitalisations. Flu can have very serious associated complications.”

Often we hear, “I don’t get sick”, or “I still got sick last year”, or “I got the flu from the vaccine”. The vaccine is not designed to prevent the common cold, the same colds that on average will hit each of us adults two to three times year. The vaccine also may produce a runny nose or mild symptoms for a day but will not give you a virus. It often feels this way as the vaccine is released in New Zealand when summer has left and early winter colds are prevalent and coincidentally are hitting you at the same time.

Each year, the influenza vaccine is formulated based on the largest strains globally that have caused major impact. Each year this changes, and so each year you get the flu vaccine, you are broadening your influenza defense systems. With global travel becoming more accessible and New Zealand being a major tourist destination, we are not isolated, so protect yourself and protect your family!

Lastly, if you are suffering from a cold or flu, hydrate, rest, take regular paracetamol and ibuprofen, optimise your hygiene to limit spread, and see your GP if you feel you are deteriorating or need further assistance. 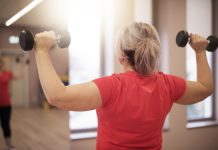 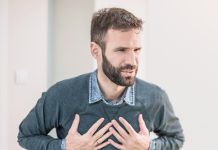 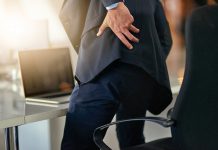 A pain in the backside

Learning About Movement: The Squat

Dr. Craig Harrison - 18 August 2015
0
Previously I’ve introduced the concept of fundamental movement skills as a critical cog in the athlete development wheel. The requirements of physical sports performance are unpinned...