The club has a long history which dates back to the Glenfield Aquatic Centre before its move to AUT Millennium in 2002.

The club, along with NorthSport Olympic Weightlifting, North Shore Swimming and Bays Athletics, is a proud foundation club of AUT Millennium.

Water Polo continues to be one of New Zealand’s fastest growing sports and North Harbour Water Polo Club is no different.

Sharon Geary, the club’s Academy Activity Manager, says the club had run out of space in the existing 50m AUT Millennium pool and the National Aquatic Centre has been a big boost to the numbers within the club.

“Over the past four years, the club has been unable to increase their membership due to lack of current pool space,” she says.

“We have had to turn kids away, as has our Flippa Ball competition which was completely full. Now all has changed.”

The opening of the National Aquatic Centre in August has allowed the club to increase their pool hours from 20 to 30 each week, allowing the club to grow its operations significantly “We are excited about the new water polo programme starting for intermediate-aged children, which will take place in the additional hours at the AUT Millennium Pool,” says Geary.

“We also have 700 children coming to our pool every Sunday afternoon to enjoy time in the shallow pool and learn to play our sport.”

The club has also been able to increase its coaching programmes, an important area of development to assist with the large numbers of new members in the club. A lot of work has been done amongst the current committee in ensuring the club had their focus on the development going forward of players, referees and coaches.

At the end of September, Harbour U12 teams were part of the NZ U12 Tournament of Olympic Hopefuls and the club’s focus has been on structured, but fun, trainings in the new allotted pool space.

North Harbour Water Polo Club enjoyed tremendous success at the event with six teams entered and victory in the A Grade, B Grade and C Grade titles.

Geary and all those involved in North Harbour Water Polo club see no signs of slowing down and are conscious of ensuring their club’s 5 year strategic plan is followed thus allowing more sports people to take on a role within this sport and as a club member. 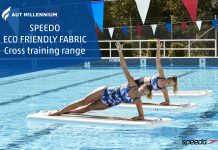 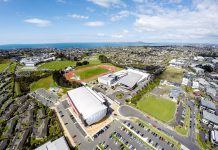 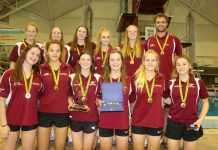