When they’re not poolside teaching the life skill of swimming, a number of our talented instructors are competing against the best in New Zealand.

Helena was a stand-out at the competition, winning five gold and two silver medals. The Rio Olympian was in a class of her own during the five day competition, walking away with national titles in the 50m, 100m, 200m butterfly and 200 Individual Medley! Despite favouring swimming’s most difficult stroke, the butterfly, Helena also won silver in the 100m and 200m breaststroke. Yeonsu was right on Helena’s tail during the competition, finishing the nationals with silver in the 200 Individual Medley and bronze in both the 100m and 200m butterfly. In the men’s races, Jacob proved that he’s one of the country’s fastest breaststroke swimmers after winning the 200m. Not wanting to stop at just one, Jacob swum his way on to the podium in the 50m and 100m breaststroke!

Also in the pool achieving national titles were teachers Ava Reese and Jeri Wilkinson. The pair play for North Harbour Waterpolo Club and helped the team take the U16 Division One National Championships! With almost 150 games played over the five day competition, the team proved to have both the skill and stamina to take North Harbour’s eighth title in nine years. 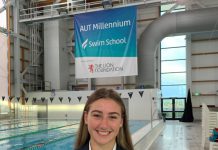 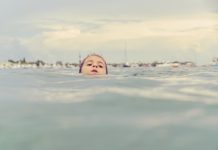 Could your child save themselves?

Imagination, Fun and Engagement: Baby and Toddler Learn to Swim