Two of our Swim School teachers recently had an incredible experience as part of the New Zealand Women’s Youth Water Polo team. Alex Boyce and Dayna Clark, both Year 12 at Rangitoto College, were part of the 15-strong squad who spent two weeks in Europe during August. The tour, part of the squad’s preparation for next year’s World Youth Championships, began with training alongside their French counterparts in Vittel before continuing on to Delphi, playing in the Pythia Cup against Hungary and hosts Greece.

Only days before heading off to Europe, the pair returned from the annual Hawaiian Invitational Water Polo Tournament. While that made for a manic schedule, it’s something that neither of them would change. “This is the first proper New Zealand team I’ve been selected for, it’s definitely my highlight in the sport,” Dayna says, while Alex nods in approval. Both have had the goal of making a national team for a few years, with some disappointments along the way, which only made finally pulling on the fern even sweeter. “It was hard learning to persevere and keep going when you’re knocked down,” Alex shares. “But committing to training and attending all the camps has really paid off.”

The pair, who are best friends, have busy schedules, with school, training and games, as well as working at AUT Millennium. They’ve been part of the staff for around 18 months and enjoy sharing their passion for the water with our young students. They’re both extremely grateful towards Swim School Operations Manager Rachael Jones for supporting their sporting exploits. “She’s been really good accommodating us,” Alex says. “These two trips basically meant a month off work, so it was great that she was so flexible in allowing us to travel.” Rachael appreciates the value and inspiration the pair bring to their students. “Alex and Dayna bring with them the vision and knowledge of what young swimmers can achieve through persistence in swimming lessons,” she says. “They’re able to influence children to set goals and work hard to achieve them.”

Alex and Dayna have been involved with North Harbour Water Polo since they were in primary school, using the AUT Millennium facilities multiple times a week. Through employment, the girls have been able to become qualified swimming teachers and learn the valuable lessons of responsibility in their first job, as well as save towards their trip. “It’s amazing to be able to work and train in the same place,” Dayna says. “We’re basically either always working or training, so we’re pretty much here every day. And school is just across the field, so it’s all close.” There’s a rivalry between the two friends, which helps with discipline. If one is heading to the gym, the other wants to be there as well. “It’s a healthy motivation, especially on a hard day,” Alex tells. “Having that accountability of someone else to work out and train with is really motivating.”

For young Flippa Ball players keen to follow the same path, the pair have some sound advice. “Make sure you’re playing because you truly enjoy it,” says Alex. “That way, if you don’t make a certain squad or your team doesn’t get the result you want, it doesn’t take anything away because you love it.” Dayna adds that committing to your goal is necessary to succeed. “Train with intensity and purpose, and don’t lose sight of what your goals are,” she advises. For Alex, the opportunity to see different parts of the world while playing the sport she loves has been the ultimate reward for all that training and dedication. “Water polo has such a great community, and you make great friends,” she says. “Being able to go overseas for a month to play sport with your best friend is pretty cool.” 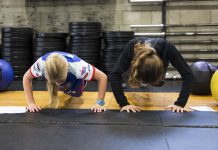 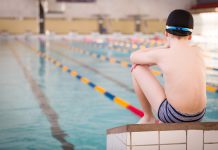